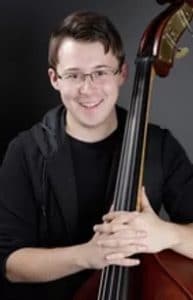 An accomplished actor, musician, and award-winning young filmmaker, Matthew J. Evans was born in San Luis Obispo, CA. He made his theatrical debut at the age of four and began working in film and TV when he was age nine. In 2011, Matthew played Garrett Tiara opposite Cameron Diaz in Columbia Pictures’ feature comedy Bad Teacher for which he received a 2012 Young Artist Award in Los Angeles.

Matthew has appeared in a number of TV series episodes including Scrubs, It’s Always Sunny in Philadelphia, King of Queens, Cavemen, Drake & Josh, and Zoey101. In 2013 he appeared as Irish exchange student Alistair on Disney XD series, Lab Rats, for which he won another Young Artist Award. In 2014, he guest-starred as high school band leader Ross on Disney’s comedy series I Didn’t Do It.

A professional musician, Matthew sings and plays string bass, acoustic guitar, and bass guitar. He has produced and edited four documentary short films and received numerous awards for his work. 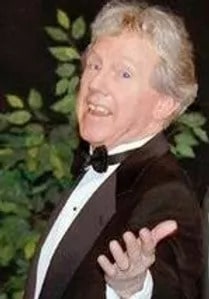 Brett Mitchell is an accomplished pianist, composer, and singer. He studied songwriting with Paul Simon, wrote songs with Melissa Manchester, and was a member of the BMI musical theater workshop taught by famed Broadway conductor Lehman Engel. In addition, he studied acting under Olympia Dukakis and Lloyd Richards at New York University School of the Arts.

In 1980 Brett began a solo career and produced several CDs. He has also worked as an arranger and studio musician. Although well known as a jazz pianist and vocalist, his true love is composing his brand of “movie music.” Brett’s original CD, Return to Eden, has been heard on cable television along the central coast of California and in Las Vegas. Brett lives with his wife, vocalist Julia Mitchell, and together they co-wrote a CD Where Innocence Can Live, a collection of original songs and instrumentals based on the biblical Song of Songs.